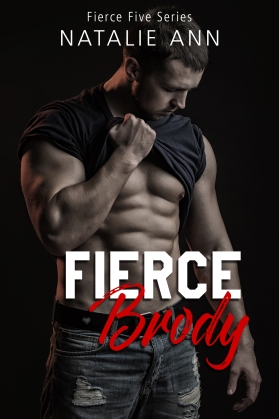 I started a new series called The Fierce Five. I thought it’d be the perfect book to submit to the Kindle Scout Program in hopes of a publishing contract. It was accepted and I could sure use your votes. Plus you can read the first few chapters!

If you nominate me and I get a publishing contract, then Kindle Scout will send you a free ecopy of the book when it’s published too! Awesome huh?

What is The Fierce Five about?

Fierce-Brody is the first in a five book series—The Fierce Five Series. It’s all about a set of quintuplets with their own specialty to help run the family business. Their parents handed the reins over to them at just twenty-five years old. Five years later, all five are still single and their mother has had enough. She wants grandkids, and she wants them now! So she’s decided it’s time to interfere…right under their noses. Hit them hard and where they least expect it. Not one of them has a clue and she plans on keeping it that way.

There will be some ups and downs, laughter and tears, and plenty of bruised egos, but family loyalty will be the glue that holds them all together.

Be one of the first to see where it all starts with Brody!

Vote for me here! And read the first few chapters.