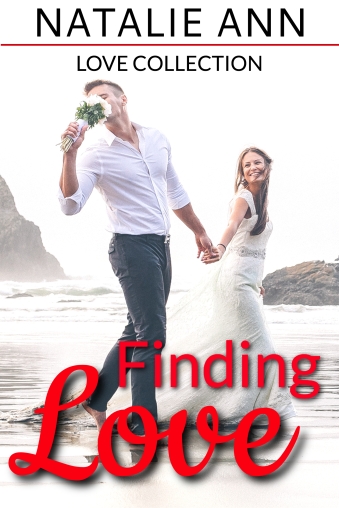 It’s time for a teaser! Finding Love is available for preorder right now for just 99 cents!

Sheldon laid her head against the window in her bedroom. She used to love sitting on this loveseat, but now it was just another reminder of the chaos in her house. Chaos, nah, not a good word. Turmoil. Angst. Anger. Yeah. Anger, that’s the word. At least between her parents. Well, more like her mom.

For Sheldon, it was just distressing. More like stressful.

“I’m over it,” Miranda Case said, making no attempt to lower her voice. “I’m sick and tired of your attitude.”

“My attitude,” her father said. “You’re the one that’s always nagging.”

Her mother snorted. “I nag because you don’t do anything, Rich. Nothing. You come home late, you eat, you go to your office and then you go to bed.”

“What do you want me to do?” her father asked, his voice not loud, because he never raised his voice. Ever. Never got mad. Never did much of anything, just like her mother accused him of.

“Something. Anything. Take out the trash. Wash a dish. Talk to Sheldon or me. See that we exist.”

Her mother was stalking about the yard now, her arms flailing about, having no care that Sheldon could see and hear the whole conversation, or that the neighbors could for that matter. Her father, on the other hand, was calmly sitting in a chair reading a newspaper ignoring everything around him.

“I know you exist. You never let me forget it.” Still not looking up from his paper. Not even when her mother walked over and snatched it out of his hand.

“What do you want from me?” he asked. “I never wanted this. You know that.”

“What?” her mother asked.

“Marriage. A family. Nothing. I did the right thing and married you when you found out you were pregnant. I held up my end of the deal.”

Even from the second floor Sheldon could see her mother’s eyes fill with tears, mirroring her own.

“Deal?” her mother asked. “That’s what this has been for the last twelve years? A deal?”

“What more do you want?” he asked.

“Nothing. No, you know what? I do want one thing. You to leave this house. Go live with your girlfriend. You’ve been wanting to anyway and now you can.”

Sheldon inched closer to the window, waiting to see her father’s reaction. Did he really have a girlfriend? Was that what this was about? How could he do that to her mother? Sure her mother nagged a lot, but she just wanted someone to pay attention to her. Maybe even love her.

Not much different than what Sheldon wanted from her father.

“Seriously?” her father asked. “I have no clue what you’re talking about.”

Her father stood up and stalked closer to her mother, the first she’d seen them get within a few feet of each other in longer than she cared to remember. “You want me to leave, then fine. I won’t fight it.”

Her mother started to cry. “Admit it. Just admit it to me. That you’ve got someone else.”

“Seems I don’t need to admit a thing when you’ve got your mind made up,” he said, then walked away. “I’ll pack up now and be gone within the hour. We’ll figure the rest out after you calm down.”

“Where are you going?” she asked, running after him.

Sheldon couldn’t see them now, but she still heard her father say, “Exactly where you told me to go.”

She could hear her mother sobbing on the back porch and her father opening and closing drawers in the room next to hers. She waited to see if he’d come and say anything to her. Say goodbye. Give her a hug. A kiss. Tell her he’d talk to her later. Maybe call.

But all she heard was his car starting, then watched it pull out of the driveway.