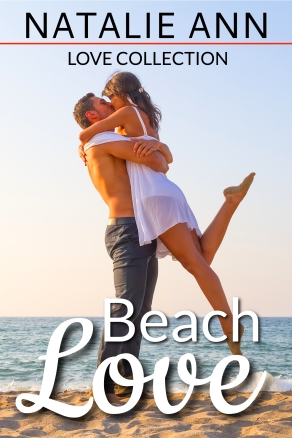 Connor looked around the white sterile room. No windows, no color, no one but him sitting there with a cold sweat running down his back.

He wasn’t sure why he was nervous; it wasn’t his first visit here. Probably wouldn’t be his last.

Twenty minutes had passed, he figured. He didn’t have his phone to look at. That had been taken from him when they escorted him into the building. He didn’t even get his one phone call to make. Something was different this time and he wasn’t sure what, but had a feeling he might not like it.

When he heard feet coming down the hall, he expected an officer to open the door and then be followed in by his father.

He was only half right. An officer opened the door. He wasn’t followed in by his father, but rather his grandfather. Not good.

Andrew Landers nodded to the officer to leave the room and then walked over to where Connor was sitting, staring into eyes the same color as his. Ice blue. His grandfather’s stare was cold. Connor’s not so much with the fear currently filling them.

“What are you doing here?” Connor asked. “Where’s Dad?”

“Your parents are at some gala or another one of those frivolous things your mother drags him to.”

Nothing new there. His parents were never home and couldn’t be bothered with their own child.

“So Dad called you?” Connor couldn’t imagine that happening. He’d kind of figured he’d be sitting here for a few hours while his parents finished their night out. It wouldn’t be the first time they’d made him wait. He was used to it by now.

“Not likely. I’ve got friends in the department. My guess is they’re fed up with your parents doing nothing about your behavior and decided to go over their head hoping someone would put an end to it.”

Connor’s father was a high-priced defense attorney in Baltimore. He had no shortage of wealthy clients or friends on the force. His grandfather on the other end was a real estate mogul who had no shortage of people that would bow at his feet for attention while pushing anyone out of their way. His parents had been known to lead the pack shoving people aside.

“So now what?” Connor asked, knowing there was no way he was just going to be able to get up and walk out like when his father came and got him in the past.

“Now you listen to me,” his grandfather said, standing with his arms crossed opposite of where Connor was sitting. He knew better than to even consider looking away or standing up. Nor would his grandfather sit down.

“I was just driving down the road,” Connor said, trying to defend himself.

When his grandfather leaned his hands on the table and inched his face closer to Connor’s, he forced himself not to shrink back. “You were drag racing in that stupid Mustang GTO your mother bought you for your birthday six months ago. Drag racing is illegal. You’re sixteen. I could have them pull your license right now if I wanted.”

No kid wanted their new license taken away. His parents would never consider doing that, but his grandfather would have it done in a heartbeat.

“Is that what’s going to happen?” he asked, making sure his voice didn’t shake like the rest of him desperately wanted to do.

“Nope. You’re going to listen to me though. I know why you do what you do. I know you want your parents’ attention. You’ve been trying to get it your whole life. How’s that working out for you so far?”

Connor didn’t agree or deny it. It seemed he didn’t need to. So he continued to sit there staring at the only person who ever really paid much attention to him. Then he watched as his grandfather pulled something from inside of his suit jacket. It was after ten at night and his grandfather still showed up in a suit.

His grandfather unfolded the piece of paper and dropped it on the table. “Your trust fund.” Connor looked it over, astonished at the number staring back at him. “And this is a lighter.”

He snapped his head up fast, then watched as his grandfather picked the paper up, produced a flame and brought the paper close. “You wouldn’t,” he whispered, knowing his face resembled freshly fallen snow.

“This is your last chance, Connor,” he said when he closed the top, extinguishing the flame. “Don’t think I won’t. And don’t think your parents will give you one. They’re living off your father’s now since your mother spends more than what your father brings in. They’ll have no problem cutting you off at eighteen so they can spend less on you.”

Connor believed that. “What do I need to do?”

“Make me proud,” his grandfather said simply. Like that was something simple to even accomplish.

“By making yourself proud first.” Then his grandfather left the room.

Connor didn’t know what he was supposed to do, so he sat there. Thirty minutes or more went by, easily, and an officer opened the door, looking shocked to see Connor at the table. “Still here?”

The officer laughed. “I thought you left with your grandfather. I need this room now. Don’t worry. I’m sure I’ll see you again.”

Connor got up and walked out, telling himself it was time to make some decisions. Time to grow up.