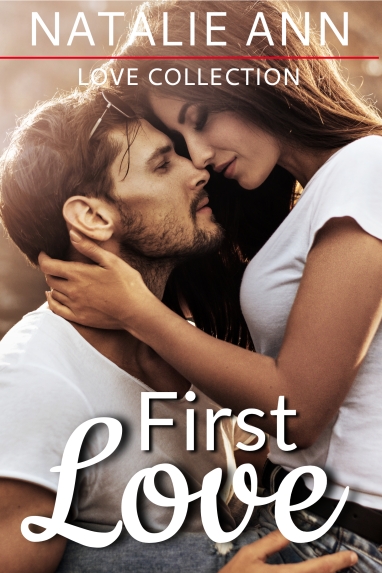 “You wanted to see me, Dr. Clinton,” Lauren said after she knocked on the open doorframe.

“Yes, Lauren. Come on in and shut the door.” That never sounded good, but Lauren did as she was instructed. “Have a seat.”

Lauren sat down across from her professor. She had a lot of respect for Dr. Clinton. She assumed her professor could be retired by now but showed no signs of wanting to hang up her hat. “Did I do something wrong?”

“I wanted to talk to you about a few things. First, is everything okay with you? Everything all right at home?”

Lauren was trying to figure out why she was asked that. She’d always been very private about her life and talked to very few people at school. She attended class, did her work, and went home.

She’d never let on once to anyone about her living situation. She wasn’t the only one struggling to get by in life and she wouldn’t be the last person trying to better herself going to college. She was always clean and presentable and on time to class, trying to blend in.

Dr. Clinton nodded. “You failed to hand in an assignment yesterday.”

“It’s due at midnight tonight,” Lauren said, fighting the panic that was creeping up her spine like a spider closing in on a tasty meal. It was her last semester. Just six weeks to go and she’d be graduating with her bachelor’s in accounting. She couldn’t let things fall apart now. Not after holding it all together for the past several years.

“No. It was due at midnight last night. You’ve never missed an assignment in all the years I’ve had you as a student.”

“I’m so sorry. Can I hand it in late? I understand I’ll probably be docked points, but it’s better than a zero.”

She was almost done with the assignment anyway. She’d planned on finishing it before her shift that started at six tonight and she wouldn’t get out until she closed the mini mart at midnight. “I can have it to you by no later than five. I swear.”

“That’s fine, Lauren. And because you’ve never missed an assignment before, I won’t dock you anything. But the other reason I called you in was because of your last test score.”

She knew she didn’t do as well as normal, but she’d been working a ton of hours putting away as much money as she could. Her mother had been dropping a million comments lately about how she shouldn’t be living at home at twenty-one. Between the stress of that and work, she was stretched really thin in her schoolwork.

It didn’t matter that Lauren was commuting to SUNY Albany to get her degree so that she wouldn’t have any loans. Their family income was low enough and her grades high enough that tuition was covered. But dorm rooms, food plans, and books were not. She worked a lot of hours to pay for her books and gas and the car payment because she needed something reliable for the commute.

Pretty much everything she earned went right out the window like a gum wrapper in a convertible, but she was okay with that because there was a light at the end of the tunnel.

“I studied for it, but I was confused over some of the laws.” She hated taxation with a passion and vowed to not take any job where she’d have to deal with that.

“I could tell. You’ve aced pretty much every class you’ve had with me. No one is as detailed as you are when it comes to auditing and budgeting. Most stumble over something, and this seems to be your Achilles heel.”

“I believe you will, but the thing is, you failed the test by quite a bit. Your grades aren’t as high to begin with this semester for this class, but right now you’re failing the course.”

Lauren felt herself pale. She couldn’t not graduate. One class might keep her from that. “Can I come in for help? Do some extra credit?”

“I know you’ll pass the course, Lauren. We all know D’s make degrees, but you’ve been one of my star students and I just can’t help but wonder if there is more going on.”

“Thanks for the concern. I’ll be fine. I’ll work harder, I promise.”

Dr. Clinton sighed, but didn’t push it. “I know you will. Take care of yourself. If there is anything you need, please let me know.”

“Thanks,” Lauren said, then left the office.

Her palms were damp and her stomach was doing flips faster than a gymnast at the Olympics. She’d never failed a class a day in her life. Just six more weeks. That was all she had to do to pull it together and work enough hours to keep putting money away.

She was pretty sure her mother was going to ask her to move out once she graduated and she wasn’t sure how she was going to make it happen without having a full time job. She had a plan to offer to pay some of the costs to her mother for a short period of time to be able to stay where she was.

She finished up her last class for the day and drove home, having three hours before work. Plenty of time to finish the assignment, but she’d have to find some more time to finish the stuff that was assigned in classes today. Maybe when she got home. A few less hours of sleep wasn’t the end of the world.

She unlocked the apartment door and walked into the cramped dingy two-bedroom apartment she shared with her mother. It was less than a thousand square feet of no privacy for them. But since her mother worked the second shift at a call center and Lauren was in school all day and at work most nights, they didn’t see much of each other.

When she walked into the kitchen, she saw a note on the table. Nothing odd there. That was their main form of communication most days.

Lauren. I’m giving my notice at my job today and moving with Billy to Florida at the end of the month. The lease on the apartment is up in a little over two months. I paid the rent until then, but after that, you’ll have to make your own arrangements.

She pulled the old folding chair out that served as part of the kitchen table and sat down. If she thought her stomach was churning earlier it was nothing to the urge to throw up and pass out.

That little amount of time would get her through graduation, but then she’d be homeless.

My Tweets
Join 2,032 other followers
Follow Natalie Ann on WordPress.com