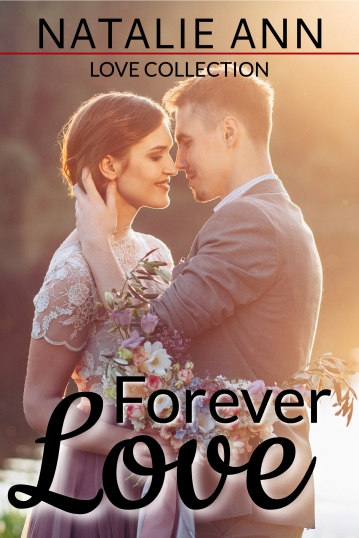 Here’s a peek into Forever Love

“Yes, Ginger.” Leah sighed and glanced in her rearview mirror before she put her blinker on and moved into the left-hand lane. “I understand you’re stressed, but there is plenty of time.” She was a master at calming bride’s nerves.

The loud moan and screeching of, “But I want the right shade of pink for my flowers,” made Leah roll her eyes. There was no getting through to some brides…hence the name bridezilla.

“I’ll speak with the florist again. I promise,” she said as calmly as she could while watching the traffic around her.

“I want a new florist,” Ginger snapped back, her voice echoing on the Bluetooth in Leah’s car.

Leah held back the sigh this time. She was already on her third florist and was running out of options from her go-to vendor list. Smoothing over ruffled vendors was almost as bad as calming down nervous brides.

“Let me see what I can do. I’d like to give this last one another chance to match your girls’ dresses. The dye wasn’t off by much.”

“I want it perfect! My mother told me of someone a few cities away. I want you to contact them and see what they can do.”

Since Leah was running late and had a raging headache on top of it, she gave in and said, “I’m driving right now, can I call you back when I get to the office to get the information? Or better yet, can you just text me the name?”

“I’m paying you a lot of money,” Ginger said firmly, “and I want your undivided attention.”

Leah knew she shouldn’t have hit the button on her steering wheel to answer the call when she saw who it was. But as Ginger said, she charged a high premium for her wedding planning business. Her reputation in the Capital Region let her get away with it with all the high-profile clients under her belt. But it was the spoiled rich brats that got on her nerves. Not that she’d ever let anyone see that.

“Give me a second, Ginger,” Leah said, reaching for the pad on the seat next to her. She unhooked the pen that was attached to the top and clicked it. “What’s the name?” The minute Ginger started to speak, Leah realized the pen was out of ink. “I need a new pen. You’re going to have to text me when I hang up. I’m sorry, Ginger.”

“Leah,” Ginger screeched again. It was worse than being in a room full of two-year-olds that wanted milk when there was only water around.

She closed her eyes for one brief second praying she could shove the throbbing in her head back. The next thing she knew she was jerked back by her seatbelt and the airbag went off in her face.

She took a few minutes to orient herself, Ginger still yelling through the Bluetooth, wanting to know what happened. Leah shut her car off, hoping the call dropped at the same time.

The traffic wasn’t bad on Central Avenue. She’d been paying attention to cars all around her like she always did. All she’d seen was a BMW several car lengths ahead of her, but now it looked like she was kissing its back end.

There was knocking at her window, causing her to turn her head. “Are you all right?”

She shook her head, took inventory of her body and opened the door, glad the airbag was deflating.

“Yeah. What the heck happened? Did you stop in the middle of the road?” Leah asked. How the heck had she hit him when she was so far back?

The tall man was narrowing his eyes at her. “If you were paying attention you would have seen that asshole cut in front of me and if I didn’t slam on my brakes I was going to T-bone him.”

“So instead you took the risk I wouldn’t ram into you, which I did,” she said, feeling her anger rising when it rarely did before. This was going to end up being her fault, she knew it.

“You wouldn’t have hit me as hard if you’d had time to press on the brakes.”

“I was only going forty,” she said. “That’s the speed limit.”

He ran his hand through his thick wavy hair. Wow, he was good looking, not that now was the time to be thinking of that. “Doesn’t matter. You still rear-ended me.”

“I did. And I’m sorry,” she said, pulling out all of her diplomacy skills she had from dealing with annoying clients. She unbuckled her seatbelt and stepped out. Thankfully she wasn’t more than just shaken up and hoped to hell she didn’t get two shiners from this.

“Yeah,” he said, “I get it. Sorry. I’m running late for a meeting and this is putting me behind even more. Really, are you okay?”

“Shit,” she said, looking at her watch. Her hand went to her mouth. She never swore. “I’ve got a client that will be in my office in ten minutes.”

“I guess you are okay if that is the first thought on your mind. Looks like we’re both going to be missing our meetings. I’m Gabe, by the way.”

“Leah,” she said. “I guess one of us should call the police and I’m probably going to need a tow truck. I thought BMWs were made tougher than this.”

She was looking at her white BMW’s front end all crumpled up against the rear end of Gabe’s black one.

“At least we’ve got great taste in cars,” he said, but he didn’t laugh and neither did she.

She took another deep breath in since she’d mastered the breathing technique to get through the day at times, then she walked around to the passenger door and grabbed all her information for when the police showed up.

She wasn’t in the mood to chat with him, instead calling Madeline, her client that she was going to have to cancel, and then checking her text and email while trying to kill time. She was swamped and needed a full time assistant in the worst way but wasn’t quite ready to afford one yet.

There were so many things she wanted to do to expand her business. So many ideas, but for the moment, her methods of drumming up clients and vendors were working, so she had to stick with it unless she wanted to cut other expenses. Since she was bare bones in most areas, it wasn’t an option.

An hour later, the pleasantries of the police and sexy Gabe were done, they’d exchanged business cards in case there were any insurance issues, and she climbed into the tow truck to be brought to the BMW dealership for a rental while Gabe drove away.

She ran smack dab into a sexy guy and rather than getting her number for a date, she hoped she didn’t get a lawsuit.

Just another day in her life it seemed.