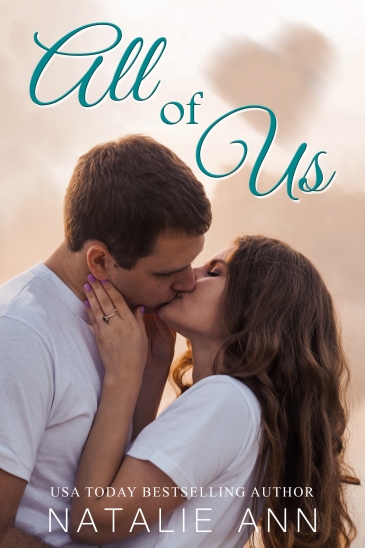 If you haven’t checked out the Prologue you can do that now. Here is Chapter One

“How are you feeling today?” Kristen asked her boss Olivia Hartman-Abraham.

“Better than I felt earlier this morning,” Olivia said. “I really hope it’s only the first trimester this goes on. Though I’ve heard horror stories of women who are sick the whole pregnancy.”

“I doubt you’d get that unlucky,” Kristen said. As lucky women went, Olivia seemed to have it all. Wealth, looks, a hot new husband, and a baby on the way.

“You never know,” Olivia said, rubbing her flat belly. If Kristen didn’t love her boss of almost a year so much, she’d be the Hulk filled with big green vats of jealousy.

If there was one thing Kristen knew in life, it was that not much went her way.

She didn’t have wealth now any more than she had it growing up with a single mother. She was just average in her eyes in terms of looks. There was no husband, hot or otherwise in her future, and a baby wasn’t anything she was thinking of until she got a ring on her finger. If that ever happened.

“For your sake—and mine since I’ve got to listen to you heaving in the back—it will end soon.”

“Thanks for the concern,” Olivia said, laughing.

“You know I am. Since we’re a bit slow, how about I walk over and get you a large decaf green tea? I could use a shot of caffeine myself this morning.”

“Sounds like a good idea. Maybe you wouldn’t mind picking up a breakfast sandwich for me?”

“And that sounds yummy. I think I’ll get one for myself too.”

Kristen walked out of the front door of Hartman’s and down to the corner coffee shop. She was waiting in line when she noticed an officer walk in. Her pulse picked up a few paces and her fingers started to sizzle every time she saw a tall man in uniform with dark brown hair.

Would it be him? Would she get another glimpse of the guy who taught her how to defend herself in a class one night when Olivia’s husband asked them to attend so that he wouldn’t be worried about them alone at night? Imagine that? Having a guy put you first and be worried about your well-being.

It’d been months since she’d seen Landon. Months that she kept thinking of him resulting in some pretty body-gushing dreams.

The officer turned and it wasn’t Landon. She was disappointed, but since she was often disappointed in life, it was nothing new to her.

With her order in her hand, she turned to leave and in walked another officer. This time it was the man of her dreams.

Landon couldn’t get a shot of caffeine fast enough.

He’d had a lot of stress and upheaval in his life growing up but nothing like the past few weeks.

He went from bachelorhood, where his biggest concern was if there was enough bread in the house for a sandwich, to a single father in a heartbeat.

This was his first day back to work on top of it. After bringing Chloe home and realizing that he didn’t even have a spare bed for her, he knew right away he had to take time off of work.

In the past two weeks, he’d turned his spare room into a little princess room. Not that she offered much say in it. She barely spoke at all and he couldn’t really blame her. He wasn’t sure what to say to her half the time…being in her shoes had to be much worse.

But her room was set up. They’d had two counseling appointments and he’d secured daycare for her while he worked. The next thing on his list to do was getting her registered for school. At least he had time for that yet.

Sleepless nights for him as an adult normally consisted of cases he was working on or scheduling classes at his studio.

Now it was nutrition, clothing sizes, babysitters, schedule changes, and watching his language.

He looked at the woman in front of him. He knew that face, but couldn’t recall from where. He came into contact with a lot of people in his line of work.

“Kristen Reid. I took your self-defense class several months ago with Olivia Abraham.”

“Oh yeah. With Finn’s wife.” He remembered her now. He’d seen her at Finn and Olivia’s wedding over the winter too. He couldn’t remember who his date was for that night or who this woman was with, but he was decent at putting faces with names…once he was reminded.

She was standing there grinning at him now. A pretty blush on her face. She was a cute girl. Woman, not girl. Nothing about her really stood out, but nothing made him look away either.

Her long brown hair was pulled back at the base of her neck. She had more makeup on than most, but it wasn’t offensive. Her long black pants had to be warm in the August heat, but she had a pretty little flower sweater on with it.

Since when did he notice pretty flowers or floral anything?

Since he had a little girl living in his house and he was trying everything he could to communicate with her. That even meant spending more time than he ever wanted to do in his life looking at clothes online or in the mall and trying to find anything Chloe liked or wanted.

Kristen held her bag up. “I’m picking up breakfast for us. Did you know Olivia was expecting?”

“Expecting what?” he asked.

“A baby?” Kristen said, her eyes dancing a little. Yeah, he put his foot in his mouth there. It seemed he was so out of touch with reality lately.

“No. I hadn’t heard. That’s great. Tell her congrats,” he said, moving forward. He didn’t want to be rude, but small talk wasn’t his thing. Or at least not when he was working. If he was out on the town looking for a woman, he could talk all night long to get a woman in his bed.

“It was nice seeing you again,” she said, sending him a hopeful smile. He caught the sign she was flashing, but the thought of dating was out of reach. Too bad, as he could use a distraction for the moment.

“Guess who I just ran into at the coffee shop?” Kristen said as she rushed into the jewelry store.

“Who?” Olivia said. “And hand over the loot. Junior is hungry.”

“Just don’t toss that sandwich up in the bathroom, please. I’d like to keep mine down. I never realized I was a sympathy puker before.”

“Sorry, but I can’t control it. Anyway,” Olivia said, reaching into the bag, “who did you see?”

“Ohhhhh,” Olivia said, unwrapping her sandwich and taking a monster bite out of it. “Did he talk to you? He’s kind of that broody quiet type. The one with deep thoughts to go with those big hands of his.”

“What are you doing looking at his big hands? You’ve got your own man at home,” she said with her hands on her hips.

“I don’t even want to know what that means,” she said.

Olivia had dated a lot before she gave up that life and decided she needed to mature. Not that Kristen had ever seen anything like the Olivia she’d often talked about. She’d only known Olivia while she was with Finn, but she’d heard stories that Olivia had told her herself about her wilder younger days.

“It means that some men only grunt when they first get up in the morning before they have their coffee. Or if they don’t want to be bothered to talk, they grunt an answer and look away.”

“Oh. No, he talked, but not a lot. I said hi to him first and then reminded him who I was. I doubt he remembered me and there was no use putting him on the spot and making us both feel bad.”

“Why would you feel bad?” Olivia asked.

“I’m nothing memorable, I know that. Not like you.” She ignored Olivia’s snort while she inhaled her breakfast. “I just said I took his self-defense class with you. Then he said, ‘Finn’s wife.’ So yeah, he remembered you.”

“He’s friends with Finn,” Olivia argued. “And how many men named Finn do you know? It’s pretty easy for him to remember me.”

Laughing, Olivia started to cough as she sipped her tea. “Typical man response.”

“Yeah. I could see he was uncomfortable then, so I just said it was nice to see him and left.”

“There is always next time,” Olivia said.

“Please. I sent him a flirting smile that most men would pick up and he just shrugged. Trust me, I’m not his type.”