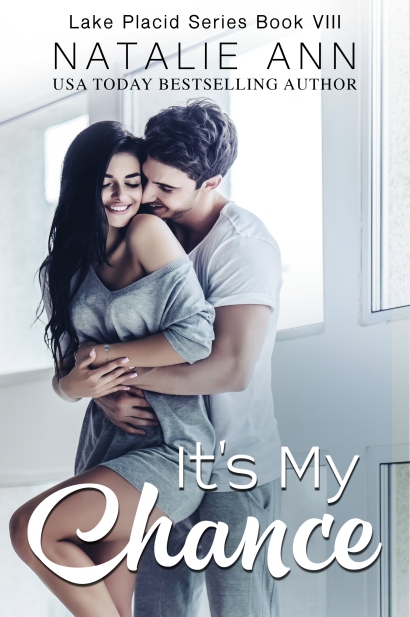 Here is the Prologue for It’s My Chance!

Detective Logan Taylor was on his way home after a twelve-hour stakeout. An all-nighter which he hated with a passion. And one thing Logan didn’t do was hate much.

A good guy. The good cop, he was always told. Even his buddies in the Army said he was too happy to be a Ranger, smiling more than anyone should for a man that was an elite sniper.

Was he always happy though? Partially.

The other times the smile was just in place out of habit. Some to throw people off. Some to just mask what was going on in his mind.

That his job was getting to him, that it had in the service too. But this was what he was good at and why not do what he excelled at?

What he excelled at right now was keeping his eyes open when he’d been up for more than twenty-four hours. He’d worked a case all day, gathering what he needed for the drug bust that would be coming soon. He volunteered to stake out the suburbia house hoping to catch the stay at home mom making a mistake.

Where had the days gone when drugs were run through gangs? Now it was June Cleaver while her kids were at school. It still made his head spin.

It was just after eight when a call came in over the radio of a robbery in progress not more than a block from him. Other patrols were called in, but he knew he was closer.

Go in that direction, or go home and get some much-needed sleep?

It was an easy decision in his mind. He picked up the radio and called it in, knowing he’d be the first on the scene.

When he pulled in front of the jewelry store in his plain black sedan, he hopped out with his weapon drawn just as the assailant came running out of the store, saw him and grabbed a woman who was paying more attention to her phone than her surroundings.

“NYPD,” Logan shouted, his gun aimed. “Drop your weapon and release the woman.”

“Let me go and no one gets hurt,” the masked man said, his voice shaking, his eyes darting all over the street.

“Let her go. You hear the sirens. Backup is on the way. We can do this the easy way and let me get you cuffed, or the hard way.”

The woman started to shake, cry, and plead. “Please let me go.”

The masked man tossed the woman aside and rather than drop his assault rifle, he lifted it the same time as Logan took final aim, both of them firing, Logan diving for cover. He felt the bullets rip through at least two parts of his body, then lost consciousness before he could see if his bullet hit the target he was aiming for.

My Tweets
Join 2,032 other followers
Follow Natalie Ann on WordPress.com