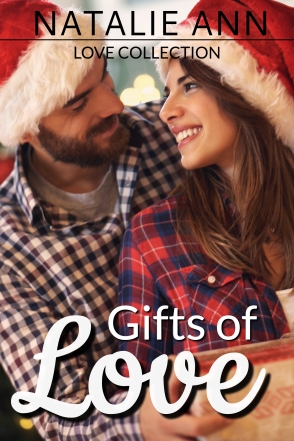 If you haven’t read the Prologue you can catch up first.

Holly was sitting at her desk trying her darnedest to get two and two to equal four. If it equaled five she’d be thrilled, but currently it seemed like it was a big fat red three.

She wanted to lay her head down on the cold metal contraption of a desk that was older than her and just start to bang it a few times and try again. It didn’t matter. The business was still struggling.

The last few years just weren’t kind to the family tree farm. This past summer had been better for sure, but they were still digging out of the hole of repairs to some of the greenhouses. Equipment that had to be replaced. And then there were her grandmother’s medical bills that had mounted when the family realized her life savings was gone.

Added to that was her brother Ryan’s idea to use fifteen acres for growing hops for local brewers. It was a great investment in their future, but it was an investment and that meant loans they had to take.

This first summer had covered their investment, but they didn’t yield much profit. Next year they would. Now she just hoped to get past the stress on her end to make it all work.

One thing or another always seemed to happen.

But Christmas was around the corner and always a big time of year. At least she hoped so.

She looked up when she heard a knock on the doorframe to see her older brother, Ryan, standing there in old worn jeans, work boots, and a thick flannel shirt open over a T-shirt. She wasn’t dressed much differently. Though she worked in the office, she’d fill in where she was needed and could end up on the grounds getting her feet and clothes dirty.

Her brother walked in and sat in the chair across from her. “From Harper Construction.”

That perked her up a bit. Harper Construction was one of the biggest construction companies in Saratoga. In all of the Capital Region in Upstate New York.

“What did she want?”

“They had a falling out with their landscaper and are looking for bids for new ones for the spring.”

“Really? And they reached out to us? This could be huge.” Her heart was already moving faster than Thumper’s big fluffy feet over the possibilities and the potential income of this.

“Yep. They are big into family-owned businesses. Her husband and his brother have owned and operated Harper’s for years. They are looking for a few things. They have a lot of rental properties, and they do flips. So they need landscaping for those houses. But the bigger part is the new builds in their developments. Most people want the property already landscaped and so they would pick what they want and Harper’s would contract with someone. Hopefully us,” Ryan said, grinning wide.

She wished she could be as carefree and laid back as Ryan, but she seemed to be born with the stress gene in the family. That was probably why she sat behind the desk while he got to work the land. It suited him better, often the one found whistling while he worked.

“So what do I need to do?” she asked, her pen ready and paper in front of her, dying to dive right in.

“Here’s her card. I told her you’d get in touch for more specifics.”

She reached for the card and placed it right in front of her on the keyboard. “The minute you are out of my office, I’m on it.”

“That’s the smile I’d like to see on your face more often. I’m kind of sick of seeing the frown. You know you’ve got more worry lines than anyone should for twenty-eight.”

She snorted. “What no woman ever wants to hear. That’s why you’re still single at thirty-two.”

“Good news is always welcome, especially when I keep seeing red and would love to see some black.”

“Better you than me,” he said. “I’m happy dealing with the green all day long.”

“We all have our strengths,” she said. “So put me in an even better mood and tell me the other good news.”

“Am I supposed to know who that is?”

“Really, Holly? What world do you live in?”

“A world that doesn’t know who Brendan St. Nicholas is.”

He laughed and started to rub his hands together. “Does Force Frontier ring a bell?”

“It’s one of the best-selling battle royale games out there. Right up there with Apex.”

Her brother had always been into video games. She couldn’t care less.

“Whatever. You never do anything fun.”

She rolled her eyes. “I do a lot of fun things, but video games aren’t part of it. Anyway, is there a point to your video game nights and this conversation?”

“Force Frontier was created by Brendan St. Nicholas. That and several others. He’s the local good guy turned into more zeroes behind his name than we’d ever have. Anyway, he does this big toy drive every year.”

Now she knew who it was and she didn’t like where this was going. “What did he want with us?” she asked slowly.

“He wants to use Lane Tree Farm as the location for his toy drive this year.”

“Ryan,” she said slowly. “You know how I feel about this.”

“Too bad, Holly. This is a family decision and you know you will be overruled.”

She knew that. “How can you want to be involved in this after everything Granny went through?”

Their granny had always had a soft heart and wanted to help people out. She’d made some bad decisions and got taken advantage of. They all wished they’d known what was going on but they didn’t until it was too late.

She hoped Ryan was telling the truth. And this could be huge, but she just had a distrust—more like a distaste—for any charity organization or do-gooder. They always wanted something in the long run, at least from her experience.

She wasn’t a sucker like her granny was. She was more practical. More serious, and more in your face. If Holly didn’t like you, you knew it.

“So what does he want?” she asked.

“Just what I said. He’d like to have the drive here at the farm. It’s perfect. Think of the business we would get. People will come here and drop off gifts for a few weeks before Christmas at the same time they will be looking for Christmas trees.”

“I suppose we could decorate the area well with wreaths and Christmas plants and such. Try to make a profit that way. At least more than normal. Mom will be all over that.”

“There you go putting that business mind to work. Maybe set up some decorative trees that people could buy? You know we’ve talked about that before.”

They had. Her mother loved to decorate and did a lot of the plants and displays around the farm. She’d just eat this whole thing up. As much as she wanted to fight this, Holly knew she’d lose, and if it meant a bigger profit, which they needed, she’d give in, as long as she didn’t have to deal with this guy.

“Mom would love that,” she said.

“She would.” Ryan threw another business card on her desk. “We need to make a decision tonight. He gave us twenty-four hours. If we don’t want to do it, he will move on to his second choice.”

“How did we end up as his first choice?” she asked.

“No clue, but when you talk to him, you can ask that.”

And there was the dread. “Why do I have to talk to him?”

“Because you run the business end of things.”

“Then why did he talk to you?”

“Because he walked onto the grounds and I recognized him. I knew it was better that I take the first step. You would have told him off or ticked him off.”

“I don’t know about that. Anyway, I’m going to go talk to Mom and Dad, then we can bring Granny in on it later tonight, but you know her…”

“No need to ask. She’ll say yes to anything that has to do with giving kids toys.”

“As should you,” Ryan said. “Brendan does good for the area. Look him up. He’s a great guy.”

“You’ll be thrilled when you see all those black numbers on those spreadsheets of yours.”

“There is that,” she said, grinning. “So what? I’ve got to call the guy tomorrow or something?”

“They will agree,” she said grudgingly and wondered why she was putting up a fight. The business needed it and she’d have to suck it up.

“They will, but I like to cover all my bases. Then I’ll come back and let you know. Give him a call in the morning and go from there. I’m sure he has all sorts of people that will do the work for him. You probably won’t have to talk to him much at all.”

“There is that,” she said, feeling better about that thought.

“I’ve got work to do now. Go back to your numbers, as we know that is the only thing that makes you happy.”

“Of course,” she said, looking over at the picture of her chocolate lab puppy on her desk. Normally she brought Reese to work with her, but twice a week she dropped him off at doggie daycare so he could play with his friends.

“Do you have separation anxiety for two days a week?” Ryan asked, grinning.