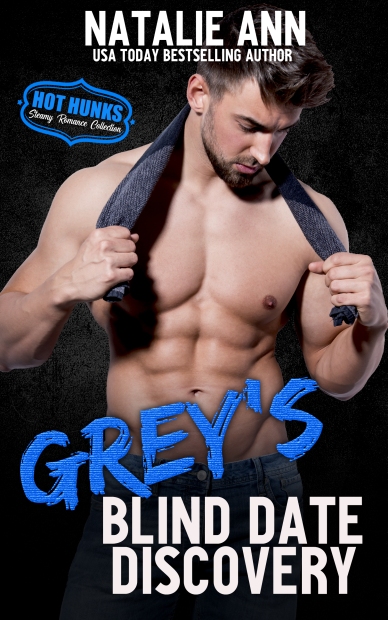 Dr. Grey Baxter walked away from the patient on the operating table at Albany Med and pulled his mask off as he got to the door. He removed his gloves and gown and put it all in the red biohazard bin, then went to the locker room.

It was his last surgery of the day and he needed to clean up. He’d shower after each surgery if he could, but there was never time.

After his shower he was walking to his locker with a towel around his waist, rubbing his hands over his short hair. The old white hospital towel had already made a few passes over his dark brown hair which was more than enough to get the excess water out.

“What are your plans tonight?”

He turned to see Dr. Ed Clover, the anesthesiologist that was in the last surgery with him, standing there having come out of another shower. Too bad Ed didn’t care to put a towel around the waist of his bulging belly. Maybe it didn’t fit. Didn’t matter, but common courtesy was to cover up. At least in Grey’s mind.

“I’m going back to the office to finish up some paperwork and then I’ll probably go home and relax. It’s been a long day.”

Ed snorted. “You had what, three surgeries today? You’re young. That’s nothing.”

“That’s easy for you to say. You just sit there monitoring vitals and oxygen. I’m bent over a body cutting and snipping, drilling and hammering.”

These were common words and jokes they used often with each other. Grey wouldn’t want the responsibility of putting someone out for surgery and waking them up.

“I’ve been in four today,” Ed said. “I’ve got you beat. Come have a drink with me later. Be my wingman.”

Ed was forty-five or thereabouts, balding, a good fifty pounds overweight, and had scars on his face from acne as a kid. The only reason Ed dated as much as he did was because he was fast to tell women in the bar he was a doctor.

“Then just have a drink with me. You don’t need to pick anyone up, though it might lighten your mood a bit if you did. When was the last time you got laid?”

Grey moved away from Ed and went to his locker to get dressed. As luck—or not—would have it, Ed followed along, having the locker two down from him.

“I don’t share that information with people,” he said.

Because he was embarrassed to say how long it’d been. He hadn’t been on a date in over six months, sex had been longer. Not that he wasn’t fielding offers left and right, but he had standards.

Half the time he just wasn’t interested in going out and meeting women. The other times he was too tired.

He’d been there and done that. He had a woman and asked her to wait for him and she didn’t. She moved on and left him heartbroken. He’d never been able to find another woman to fit what he was looking for and was pretty sick of trying at this point.

“I bet it’s because you’ve got a secret life that you keep hidden.”

“All the women want the surgeons. You’re the ‘don’t kiss and tell type,’ aren’t you?”

“That’s me,” he said, getting dressed faster than normal. He didn’t have the patience for this conversation.

“If you change your mind I’ll be at City Line for happy hour.”

Grey nodded his head, slipped his shoes on, and then left. He wasn’t changing his mind.

When he got back to his office he almost ran into Cori Reynolds. She was running in front of him in a hurry like she always was, trying to see her husband, Jack, a fellow orthopedic surgeon in the office.

“Sorry, Grey,” Cori said, the ponytail holding her red hair swinging around her head. Normally she was dressed in her nurse’s scrubs with wild prints and colors, but she looked somewhat normal today in black pants and a purple and black top. Just her bright purple shoes were the only thing out of place.

“You know what it’s like when you want to see your man,” she said, giggling. She was always smiling and giggling. “Well, not a man for you. At least I don’t think so. I mean a woman. But if it is a man, well, same thing.”

He laughed, he had no choice. “I like women just fine, but don’t have one to rush to like you do.”

“We need to change that for you,” she said. She was almost running to keep up with his long stride. She was probably used to it since Jack was six foot five and Cori was probably barely five foot.

“Aw, now I know you’re lying. You’re not happy because you don’t smile.”

“Not everyone smiles when they’re happy,” he said back and put a smile on his face for her.

“Yes, they do. Just ask Jack. He never smiled until he met me.”

She spoke the truth. Jack had been a loner in the department when he relocated here over six years ago. The guy barely spoke, let alone smiled. But now that he’d been married for years and had a four-year-old little girl, he smiled more often than not.

“He got lucky with you,” Grey said, speaking the truth. Cori was great. A little out there but had a heart of gold.

“Yes, he did,” she agreed. “You could get just as lucky. I could help with that.”

“No,” he said fast and moved to the door of his office. “I’m good. Have a nice visit with Jack.”

He went in and shut the door and let out a breath. Good grief, what the hell? What was everyone’s obsession with his dating life and trying to get him to go out?

Picking up chicks and getting set up on blind dates were for losers. He’d done it enough and was over it. It was almost as bad as dating apps.

No, nothing was as bad as them.

The truth was, he just had a hard time connecting with women because he was determined to not get his heart broken again.