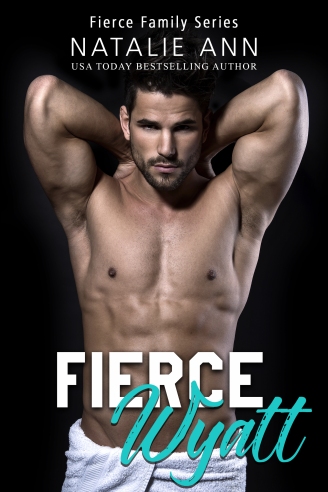 Wyatt Fierce took a seat, ready to listen to Dr. Raymond talk about the field of study he’d been wanting to do for years.

He was made for this, even if others thought he was nuts.

He didn’t care. It was his life, his career, and he was going to prove them all wrong.

He leaned over and grinned at the resident that sat two seats down from him. Monique and he had a few drinks at the bar last night before both going on their way. She was here just like him, but she was tapping her feet almost shaking his own chair.

Nerves? Yep, pretty obvious on Monique. Not him.

Steel rods, that was what his nerves were made of.

“Look around this room,” Dr. Raymond said. Wyatt did what he was told, nodding to a few other residents he’d seen in the halls in the past few years. “Some of you are going to make it; most of you won’t.”

Wyatt had known that coming in. He wasn’t worried.

“I don’t mean make it as a doctor,” Dr. Raymond said. “You might end up in primary care, you might end up riding a desk, or even working in a morgue, but not all of you are going to be an anesthesiologist.”

Wyatt had been hearing this from people for years. He knew the stats and he didn’t care. He was going to be one in this room that made it and didn’t care if the rest failed.

Fierces didn’t fail and he wouldn’t be the first.

He sat back in the chair to get comfortable, his long legs stretched out in front of him, his arms crossed in front of his chest. Might as well relax because that was how he felt when others were sweating around him.

Normally he couldn’t sit still. He was always running, always finding things to do.

Not when it came to this though. Sit in place and listen. He’d get an A every single time.

Dr. Raymond was walking about the room now, looking at each and every one of them, stopping to stare, probably to intimidate. Wyatt didn’t care. He had this covered.

“Dr. Fierce,” Dr. Raymond said. He hadn’t realized the guy knew his name, but of course he could have read it on the lab coat.

“With a name like that, I’m sure you’re pretty cocky and full of yourself.”

Wyatt grinned when others in the room snickered. “I like to think of it as confidence.”

“Same thing if it’s not controlled,” Dr. Raymond said. “I know all about you.”

Shit. What did that mean? In the hospital he gave it everything he had. He followed the rules and he did his job. He stayed late and he worked hard.

But outside of the hospital—when it was playtime—he played just as hard. Call it an outlet, he wasn’t sure, but he’d never been serious about anything in life, or so most said.

He was the joker of the family. The one always out to get a laugh.

The one always being a wiseass.

But when it came time to buckle down he had the straps in his hands and was ready to settle in.

The pacing around the room started again while Dr. Raymond made him wait. If the doctor thought he’d see Wyatt sweat, he wasn’t going to.

“I think you know what I’m talking about. There are eyes everywhere. You’re always watched in and out of the hospital.”

“Do you know why this discipline of medicine is so hard?” he asked, looking around the room.

“Because it pays the most,” someone said. Wyatt almost said that but knew enough to keep his mouth shut since all eyes were on him. Not the time to be a smartass, he knew.

“That’s why so many want to do it,” Dr. Raymond said. “But they fail because the money is just a little bit of consolation for the stress and pressure of what you do every day in your job. You are responsible for your patients undergoing surgery safely and comfortably. You put them to sleep. And you wake them up. Or you better damn well make sure you do.”

Textbook explanation that everyone knew.

Wyatt shifted in the chair a bit. “Dr. Fierce, do you think you have the ability to take this seriously?”

“Dead serious,” he said, getting a little sick of the attention on him. Which was funny since he normally loved attention.

“And that is what your patient is going to be if you don’t. Dead.” The silence that greeted him with that statement was almost as bad as the last nail going into a coffin. “If you can’t take it. If anyone can’t, then there is the door. I’m going to get myself a coffee and if there are fewer of you in the room when I come back, then so be it.”

Dr. Raymond left and Wyatt watched as a few let out a breath. Monique from last night stood up. “What are you doing?” he asked her.

“What? It’s just a speech. You don’t know until you at least try it,” he argued when two more people stood up. What the hell?

“Yep,” someone else said. “And I’m sweating and shaking listening to him talk. If I’m doing it now with words, I won’t be able to handle it in the OR. There are plenty of fields for me to go in and this one isn’t going to be it,” said the guy who’d earlier stated it was for the money.

Wyatt sat there while those three left. There were only five in the room now.

When Dr. Raymond came back, he was carrying a tray with four cups. “Wow. There is one extra than I anticipated to be here. Does someone want to volunteer to go get the fifth cup?”

Wyatt wasn’t leaving his seat. A guy behind him said, “I’ll do it.”

When he was out of the room, Dr. Raymond said, “And he won’t make it either.”

“Why?” someone else asked.

“Because you never leave the room until everything is completed and everyone is safe. We’re all safe, but you haven’t finished.”