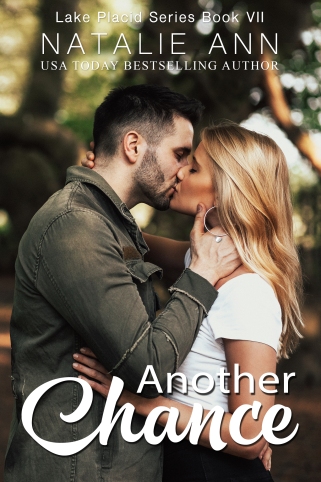 “Dad, I’m going out,” Dena yelled as she made her way down the stairs at the front of the house.

She was just ready to open the door when he shouted back, “We have to leave early in the morning. Don’t stay out too late. I don’t want to be dealing with all those other parents dropping their kids off this weekend.”

She giggled. “But you are one of those parents bringing their kid to college,” she said, turning to look at him in the living room. “Are you going to miss me?”

“Of course not. It will be nice to have more bathroom time.”

At this stage, Dena didn’t care anymore. Her mother left one day and never returned. Didn’t even leave a letter. They would have wondered what had happened if her mother didn’t call from another state and say she was gone and not coming back.

Since then, she and her father had been on their own and it suited them both just fine.

“See that you are. You’ll see Matt again in a few months. It will do you two good to have a little time apart.”

“Whatever,” she said, closing the door and walking to her car.

She was in love with Matt Winters and had been since they were freshman and he moved here with his mother for his stepfather’s job. They’d dated for over three years and now they were going to college apart from each other.

It was going to be hard, but she was sure they could make it work long distance. It wasn’t that long before Christmas break when they’d see each other again. They were only a few hours apart and could visit for weekends if they’d planned it well. She had it all worked out in her head.

She pulled into the picnic area of the elementary school and got the basket out with the dinner she’d put together. She wanted something romantic for their last night together.

For ten minutes she sat on the wooden bench waiting for him and wondering what was taking him so long. He’d never been late to meet her before. She hoped something hadn’t come up. Or that he still wasn’t mad at her that they weren’t going to the same college together.

For one, she couldn’t afford where he was going, and second, the big city wasn’t for her.

Matt was going to Columbia in New York City. His father lived in Rye, New York, just outside the city with his wife and stepkids. Matt had been going back once a month to visit for years and every time he returned to Lake Placid he moaned and groaned, wishing he could have stayed with his father.

She’d tried to put all those hurt feelings aside when he’d say that, thinking he didn’t want to be with her. That she wasn’t enough for him to come home to.

After another ten minutes, he finally pulled his old Honda Civic next to her beat-up old Chevy Malibu. She stood up and walked toward him with her arms out to hug him. “Everything okay? You’re never late. I don’t want to lose a minute of the time we have left together.”

“Everything is fine. Let’s go sit down. We’ve got to talk.”

“Ah, okay,” she said, not sure what was going on. He didn’t look like everything was fine.

“Listen, Dena,” he said, taking a deep breath. “I think it’s best we take a break while we’re at college.”

“What?” she asked, wondering where this was coming from.

They were in love.

They were voted class couple.

They never fought. They’d never even talked about breaking up or splitting or anything. Ever.

“Don’t make me say it again. This is hard enough. You’re going to God only knows what small town and I’m going to Columbia.”

Not the first time he threw that in her face. Like he was better than her. That she was some stupid redneck because she wanted to go to a smaller college that was more remote. More like home. She’d brushed it off though since most of it was said in jest. She was thinking it wasn’t so much a joke now.

“And because of that you think we should break up?” she asked, her eyes filling, her heart racing and her breath lodged in her chest like she was choking on a whole loaf of bread with no water in sight.

He inhaled deeply. “I have no desire to come back here and you don’t want to leave. I’m not meant for this life and have hated every bit of it.”

“You’re right—I don’t want to leave. My father is here,” she said, swallowing past the lump.

“That’s another thing. I always feel like I’ve got to fight for time with you. I don’t get it.”

“There isn’t anything for you to get. I’ve told you. You know the story. We are all we’ve got in this world. I’d never leave my father.”

“So you’ve decided to choose him over me. That’s why it’s better to end things now. No reason to drag it out. We don’t want the same things in life.”

She was crying now. Her body was shaking and she wanted to just grab him by the shoulders and shake these crazy thoughts and words from his head. This couldn’t be the same person she’d been in love with for years.

“Why are you telling me this now? Why the night before we both leave? Why spend the whole summer with me acting like everything was fine and hit me with it now?”

“It’s the right thing to do,” he said firmly. His lawyer voice again. He was going for pre-law. She’d seen him talk like this before. Detached. Like he was holding everything in and no one could reach him. She’d tried before without much success.

“Right for you. You didn’t ask what I wanted.”

“It doesn’t matter what you want,” he said, his eyes showing no emotion at all. “You can’t have a relationship with someone if the other person is ready to move on.”

“So that’s it. We’re done? Just like that?” It actually felt like her heart was being pried from her chest by a sloth’s nails…slow and painful.

“But you didn’t because you’re a coward,” she shouted at him. “You can do it now and know you’ll never see me again. But you couldn’t do it months ago knowing you’d run into me.”

“Believe what you want,” he said. “I never meant to hurt you.”

“But you are. I can see there is no talking to you about this either,” she said, running her hand under her nose. The flood of tears was more than she’d shed when she found out her mother was gone. That hadn’t been a surprise. Not like this.

“No. I hope you have a good life, Dena, but I can’t stay here another day. Good-bye,” he said, turning and walking away from her.

“I’ll never take you back,” she yelled at his retreating form. “I’ll never forgive you for this!”

He never turned around once as she sat on the grass rocking herself while a faucet of tears poured from her eyes.