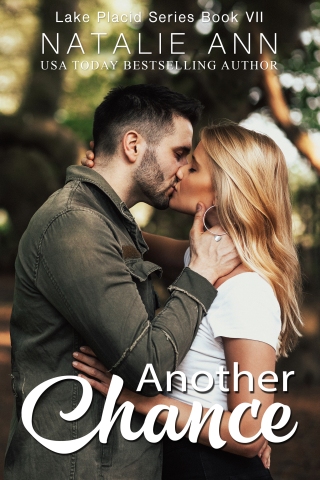 If you haven’t read the Prologue yet, you can catch up. Here is Chapter One!

“I’m so glad you all could come out with me tonight,” Dena said, looking around the table.

It was her thirtieth birthday and she wanted dinner and drinks with her girls. Everyone was married, or soon to be, but her, not that it mattered. All that mattered was that she wasn’t alone on this night.

“We wouldn’t make you have a solo drink,” Amber Monroe said. Amber and she had worked together for years for Dr. Max Hamilton and became the best of friends. Max’s wife, Quinn, was even sitting at the table with them.

“I needed to get away from Cole and TJ tonight. I’m not sure which one of them was whining more,” Rene said. Rene McGuire got married over the summer to Cole, and TJ was almost a year old. Rene had been working with Amber and her for two years now and fit in so well in their office.

“Cole always did whine when he was tired. They’re probably both sleeping on the couch right now,” Celeste Ryder said. Celeste was Cole’s twin sister and another close friend of the group. More like a co-worker of sorts. Celeste and Max jointly owned and operated a bed and breakfast solely catering to Max’s patients.

“Sounds like she is sleeping much better than TJ is,” Quinn said, grinning.

“I’ll take Jocelyn anytime you and Max want a date night. I’ll take all three kids,” Riley said. “It will give Trevor and me some practice.”

Everyone at the table laughed. Trevor Miles, Chief of Police of Lake Placid, and Riley were newly engaged. “Come on now, Riley,” Amber said. “Max was telling us all that Trevor has the magic touch with the kids. You need the practice, not him.”

Riley wrinkled her nose. “I need kids in the house to practice though,” she argued.

Dena watched all the women at the table and fought back the envy. She should have been the first one married with kids by now. Not the last.

Twelve years ago she had it all planned out. She and Matt were going to college and when they were both done, they’d marry and have kids. Live happily ever after.

Sure, she knew Matt wanted no part of moving back to Lake Placid, but she’d been positive she could have convinced him otherwise. Except he dropped her like a hot potato straight out of the microwave and never gave her a chance to even decide if she wanted to move or not to be with him.

If she’d been given the choice, she might have. But she never was and it was water under the bridge of the tears she’d shed.

Now what mattered was the waitress who came over and started to take their orders. “Two bottles of wine,” Dena said. “My treat.”

“Just water for me,” Celeste said, looking down.

The waitress walked away and all eyes turned to Celeste. She’d been married well over a year now and had been trying to get pregnant. Since she’d had childhood cancer and extreme treatments, there was the possibility of her not conceiving. It wasn’t something that was talked about often, but right now might be a different story.

“You’re going to say it now?” Rene asked her sister-in-law.

“I really shouldn’t say anything. It’s too soon,” Celeste said, her eyes filling but a bright smile on her face. “I know you know what is going on, Rene.”

“Are you pregnant?” Amber asked, jumping out of her chair and running to Celeste. “Did Caleb’s swimmers hit home?”

Celeste laughed. “Modern medicine might have had a part in it,” she said. “We haven’t wanted anyone to know, but we tried in vitro fertilization and it did confirm I’m pregnant.”

There was a lot of squealing at the table, Dena running over and hugging Celeste too. She was jealous, but she wasn’t a bitch. If anyone deserved this, it was Celeste. “I’m so happy.”

“Please don’t say anything,” Celeste pleaded. “I’ve got to tell Caleb you all know. I mean Rene knew.”

“You kept this secret,” Amber said to Rene.

“Please. We’re family. She had to tell us,” Rene argued.

“Leave Rene alone,” Quinn said. The quietest of the group, and though she was only a few years older than Dena and closer to Celeste’s age, she was more motherly than them all. “You all would have done the same thing, but now we know and we won’t tell a soul, but we will talk about it in this group only. Right, Celeste?”

“Yes,” she said. “But this is Dena’s night, not mine. So, Dena,” Celeste said, “any exciting plans for your birthday?”

“You’re looking at it,” she said. “I’m out with my girls and that’s the best thing to do on your birthday.”

The waitress brought over the bottles of wine and the shots. Everyone held their shots up and Dena said, “To me. The last of the single ladies. Maybe this is my lucky year.”

“To Dena,” they all said, downing their drinks.

The minute Dena put her glass down, she turned to see the man that walked in the door, felt her face pale and had to fight the urge to not regurgitate the fireball they all downed.

“What is it?” Rene asked, looking over.

“Nothing,” Dena said, reaching for the wine, knowing she’d need it.

Amber and Celeste both made eye contact with her, but she shook her head. They’d been a few years ahead of her in school and she doubted they’d remember what Matt looked like, but she knew she’d never forget, and looking at him just now walking through the door made her heart stop as much as it did the first time she saw him in high school.

Matt opened the door to the bar, saw his mother and stepfather to his right, and headed in that direction without looking anywhere else. He really wasn’t in the mood to be out tonight, but hadn’t felt like going back to his childhood home for a meal either. He was avoiding the place that caused so much of his misery as a teen.

“Matt,” his mother said, standing up. “You look great. How do you feel?”

“Fine,” he said, trying not to snap. He was sick and tired of everyone asking him that question but knew he needed to get over it, as it wasn’t going to stop anytime soon.

“I’m so glad you could make time for dinner out tonight,” she said.

“It’s better than cooking for myself,” he said back.

“Don’t get sarcastic with your mother,” Bob said to him. He and Bob never got along all that well. They didn’t have a dislike for each other as much as a distaste.

Bob made his mother happy and that was all that mattered. But Bob was the reason they moved here to begin with and Matt would always cast that blame on his stepfather’s shoulders.

“I’m not,” Matt said, having no energy to argue. “I was just speaking the truth.”

“Now isn’t the time, you two,” his mother said, always the peacemaker. He knew his mother was thrilled he was here. “Have you made any decision yet on your future?”

“No. I just need to get my head on straight and then I’ll decide,” he said.

“Lake Placid could always use another lawyer,” she said.

“I don’t know.” He didn’t know what he wanted to do or where he wanted to be. Now he just needed to recover physically and mentally. He just wasn’t sure which one was going to take the longest.

He hadn’t decided if he was glad or not. He didn’t know what he was feeling, but after the past six months there was one thing he knew. He wasn’t going to be able to move on until he made amends to the woman he loved and somehow won her back.

When dinner was done, he got up to use the bathroom and headed back to his table when the women’s room door opened next to him. Hot damn, the woman of his dreams was standing right there.

But she wasn’t smiling and he didn’t expect her to.

No, there was a fire in her eyes, and as much as it shouldn’t turn him on, it sure the hell did. Just like all those years ago when he had his first taste of her. A young filly that was as eager as him.

Her dirty blonde hair hung loose and flowing around her shoulders like it always did. Her light brown eyes were staring him down with emotional clouds building and making him want to jump back from the twister forming that would suck him up and toss him through the sky like a piece of useless metal.

“What are you doing here?” she asked, crossing her arms.

“Here in the restaurant? Or here in Lake Placid?”

“Dinner with my mother and Bob. Why I’m here in Lake Placid is yet to be determined.”

He wasn’t about to lay his cards on the table at this moment. He had an uphill battle and he wasn’t sure he could even climb the stairs in his rental house half the time let alone this mountain that was going to be standing in his way.

A chisel couldn’t break her stare while she seemed to be trying to figure out her words. She never did that before—hesitated on her words—but the stare was familiar. He’d expected the frigid January temperatures of the outside to be aimed at him and he wasn’t wrong.

“I’m sure I won’t run into you again before you leave since you never planned on coming back.”

“Maybe in your mind, but not mine.”

He was afraid of that.

She didn’t bother to wait around and moved past him, but he still said, “Happy Birthday, Dena.”

Her shoulders stiffened, but other than that, there was nothing else to acknowledge she heard him.